Ahhh—I’m so happy that Filipino indie films are getting all the love and popularity they deserve!

With Kita Kita now the highest grossing independently produced movie in the country, much attention is being given to other Filipino indie films as well. Among the 12 highly curated local films set to be take over theaters nationwide (from August 16-22) for the Pista ng Pelikulang Pilipino is 100 Tula Para kay Stella, a coming-of-age motion picture directed by Jason Paul Laxamana.

Set in 2004, 17 year old Fidel Lansangan (JC Santos) begins his first year in Pampanga Argicultural College as a psychology student. He meets Stella Puno (Bela Padilla) during the freshmen’s night celebration and the two immediately become friends. Fidel opens up to Stella about how he suffers from a speaking disorder and limits himself to three words per sentence. He explains that anything longer than that would cause him to stutter. Stella says that she doesn’t mind even if he stutters. The aspiring rockstar also shares her dream of performing in front of a huge crowd. Fidel encourages her, at the same time, reminding her to pay attention to her academics as well.

As the two spend more time together, Fidel begins to develop feelings for Stella. Having a passion for writing poetry, Fidel turns to writing a series of romantic poetry to verbalize his feelings for her. In spite writing countless of poems, Fidel can’t seem to muster the courage to tell Stella how he feels and is always caught between letting Stella read his poems and keeping them to himself (torpe af, lmao). Stella, on the other hand, goes through a string of boyfriends (a.k.a bad decisions) as she pursues her goal of getting signed into a record label company.

Throughout his time in college, Fidel manages to pen 100 poems dedicated to Stella to win her heart. The film’s story spans for four entire years of Fidel and Stella’s college life and revolves around the question whether Fidel can confess his feelings to Stella by the time he finishes writing 100 poems for her—hence the title (thank you, Capt. Obvious heh).

The way both characters were portrayed so well by their respective actors was able to make up for the lack of a well-written plot. I could definitely feel the frustration and hurt of both characters. Despite the match being totally unrealistic, the chemistry between Fidel and Stella was authentic and spot on!  I mean, seriously? We have Fidel, a bright student with a speaking order who is incredibly shy and enjoys writing poems. On the other hand,  Stella has a tough and confident attitude who prefers to jam with her band rather than focus on studies.

The movie follows Fidel as he enters college, allowing us to see how Fidel, as a character, grows as time passes. His character development was rather disappointing (the same can be said about his poetry -.-), as he conveniently transforms from a shy introvert to a very outgoing, confident and charming lad. As a result, his maturation as a character fails to appear genuine. On the contrary, Stella depicts excellent character growth in the form of a frustrated rocker who’s willing to do just about anything to be able to gain exposure.

While 100 Tula Para Kay Stella may be simplistic in terms of its film making, it still manages to be compelling for both millenials and Generation X’ers. It’s a film that is familiar—nostlagic, as it will remind the ’90s kids of the earlier times when Walkman’s and indestructible Nokia’s were still a thing. Moreover, it’s just the kind of love story that most people who fall in love can relate to. Audiences can intimately connect with the characters as they are able to express their vulnerabilities so openly.

Overall, 100 Tula Para Kay Stella is a heart-wrenching love story; full of surprises that works well with the great performance of JC Santos and Bela Padilla, backed up with catchy throwback songs (Rivermaya guys, omg!), mediocre poems (in all honesty, Fidel’s poems are nothing of the remarkable sort; cute and corny lang siguro) throughout the film. The movie is a satisfying local romantic movie that manages to avoid being too cheesy and gives us a healthy dose of reality XD. Watch out for the highly emotionally-charged ending between Fidel and Stella as it will surely tug at your heartstrings and leave you in tears (I crieded)!

Shoutout to my friends, Bry, Sher, Mauee, Kyla, Raeanne, Jyle, Topher, Karl, Kianna, Yash, and Andrew! I had a blast watching the movie with you guys :D. 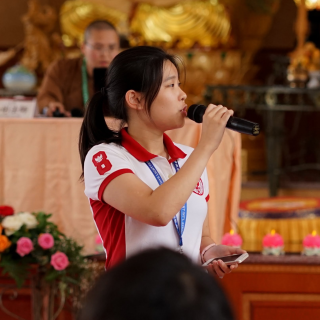 Before cheesecake & after cheesecake mood 😋
↔️Swipe to help me finger comb lol. No witty caption hair, sorry folks 😔✋
Someday, we’ll find our FUR-ever homes, I promise❤️ My heart aches for these dogs who still need a home, from the food and to the medicine they need but don’t have.
✔️Check yes is it JULY-et? (yep I waited this long to use that line 😛)
Brushing off the pre-stress before the actual stress🤪 PS Hold tight when ya tiptoe
Naka DILAt po mata ko, my eyes are jus smol 👅